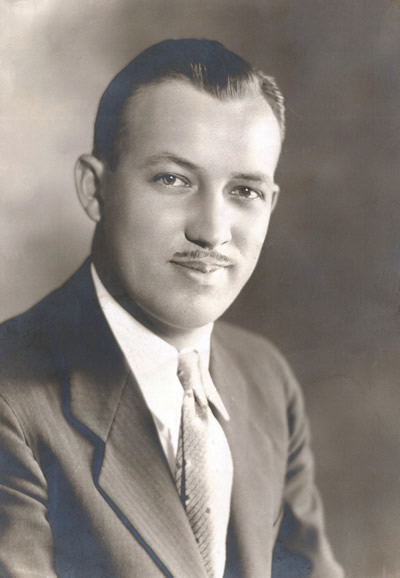 In 1926, A.L. Brumund, H.C. Burnett, and D.T. Webb purchased land, at the corner of Genesee and Clayton Streets, from the Y.M.C.A. for $130,000. Their wish was to create a community center for Waukegan focused on high quality entertainment, commercial and living spaces. A year and a half and $1 million later, the luxurious movie palace named the Genesee Theatre, opened to the public.

Even though there were three other theatres in Waukegan, the Genesee Theatre was designed to be distinct. The flourishing growth of this area just north of Chicago justified the creation of a deluxe palace unrivaled throughout most of the country, and it was hoped that the proposed Theatre would play a role in the current growth of Waukegan.

Waukegan contractor Alva Weeks and Chicago architect Edward P. Steinberg were hired to construct the Theatre. Steinberg had just built the BelPark and State Theatres in Chicago within the last few years. Construction of the Theatre began in September of 1927 on the land on which the old 1912 Y.M.C.A. building stood as well as two other buildings to the north. The Y.M.C.A. had already moved one block west in 1925. The plan was to have stores on the main floor and kitchenette apartments and office suites on the four upper floors all around the south and west sides. The Theatre itself would take up the middle of the building.

No expense was spared in the creation of the Genesee Theatre. The outside façade was built from terra cotta and pressed brick in ornate design. The main entrance was located on Genesee Street and opened into a huge lobby with a large chandelier. The interior was designed in a Spanish Renaissance style using caen stone, which is a light yellow limestone, and antique plaster décor. The large center dome in the auditorium was fashioned from hammered silver. More than 1200 yards of tapestry fabric, several tons of marble from the Carrera quarries in Italy, and lighting throughout the Theatre combined to make it the most lavish building in Waukegan.

The stage was equipped with the newest technology in stagecraft in order to accommodate live theatre, like vaudeville, music presentations, and film. A massive $25,000 Barton Grande pipe organ was a focal point of the Theatre. For comfort, the Theatre was outfitted with the most advanced heating and cooling system of its time.
On December 25, 1927, the Theatre opened to the public with four sold out shows that included the film “The Valley of the Giants”.

In 1952, the Genesee Theatre was renovated with new seats, a new sound system, and some changes to the décor.

In 1982, the Theatre stopped showing movies due to economic decline and the rise of major movie cineplexes. And in 1989, it officially closed and went up for sale. The City of Waukegan purchased the building in 1999 and began renovations at a cost of almost $23 million with the help of over 120 volunteers. The Genesee Theatre reopened on December 3, 2004. 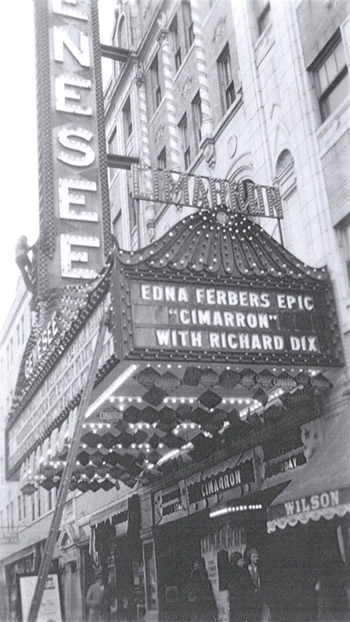 Every attempt was made to restore the Genesee Theatre to its former glory of 1927, however major and minor changes were made. The 1950s marquee was taken down and a new marquee was reproduced from original photographs of the theatre in the 1920s to the 1940s. A lobby was added on Genesee Street where the sidewalk had originally been. The original box office was taken out and moved in order to accommodate more doors into the Grand Lobby. The walls and décor of the original lobby, now the Grand Lobby, were restored, however a walkway joining both second floor lounges was added. The apartments and suites on the three upper floors were torn down and fashioned into lounges for theatre use.

In the auditorium, the balcony was extended to the front and back and the projection booth at the back of the balcony was shifted backward. This increased seating in the theatre from 1,799 to 2,416. (Today the theatre has 2,403 seats). Antique chandeliers and light fixtures from the time period were collected from all over the country and placed throughout the theatre while some lighting fixtures were replicated. The plaster moldings were cleaned and restored and the carpet was replicated from a 1927 photograph. The stage doubled in size and was outfitted with 21st century technology in order to accommodate new entertainment.

Despite the changes to the Theatre, the historic integrity of the Genesee has stood the test of time. From the street and within its walls, the Genesee Theatre is reminiscent of the hope and beauty of the early 20th century and remains a center of the Waukegan community.